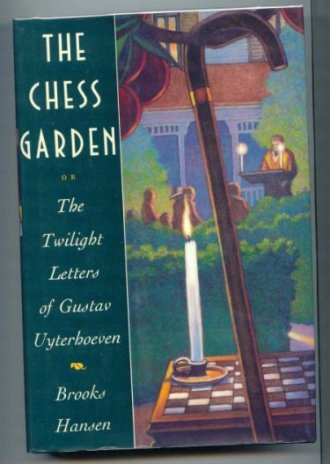 The Chess Garden or the Twilight Letters of Gustav Uyterhoeven.

8vo. 481 pgs. Fine hardcover in Fine jacket. Frontis and text illustrations by Miles Hyman. Set in 1900, Dr. Gustav Uyterhoeven leaves his wife and their chess garden in Ohio to serve in the British concentration camps of the Boer War in South Africa. In a series of letters and chess pieces sent to his wife, he describes an imaginary land called Antipodes, where all the game pieces of the garden come to life to guide the doctor through his last adventure. A blending of history and allegory within the context of game pieces which come to life in the chess garden. ISBN 0374160155. #553.
View More...